When I was a kid, one of my favorite things to do was to run away from my mom while we were shopping at Walmart (TM).

This was immensely satisfying to me. I guess my mom thought it was harmless and that I would get it out of my system eventually, so she didn’t really do much to stop it. At first, I’d run off for only about 20 to 30 minutes at a time, but my prison breaks eventually got more frequent and longer in duration. During one such foray, I had made my way to the paper towel aisle and had constructed my fortress of solitude complete with home garden defensive weapons and provisions from the snack aisle. 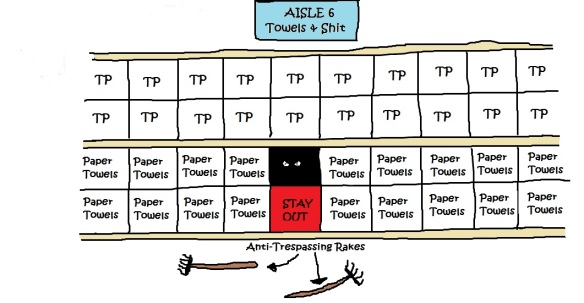 This had gone on for quite some time.  My mom was tired of waiting on me and decided to teach me a lesson. She left the store and waited in the parking lot, confident that I would emerge minutes later, tears streaming down my face.

I was running low provisions and decided to restock on salty junk food and soda. I made sure the coast was clear and cautiously made my way outside. Mom had been in the frozen food section when I left, which meant that she would be in dairy by now. I decided to check up on her on the way to collect my supplies. Like Jane Goodall stalking her apes, I peered from the edges of the jungle to observe adult Walmart (TM) shopper society in search of my quarry. Mom was not there, however.

I looked at the check-out area. No mom there either. Now most other six-year-old children would be very upset at this point, but not me. I was happy. Moreover, most people were leaving and the store would soon be mostly empty. The only sensible thing to do was to start my own nation-state.

It wasn’t long before I had used the extent of my imagination and created my own society in the fruits and vegetables section complete with crime and punishment. 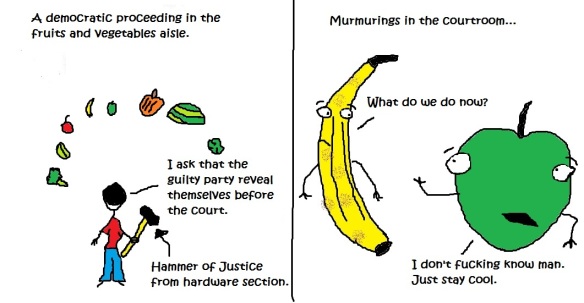 Things were going swimmingly until I began to attract unwanted attention. A crowd had started to gather around me. It turned out that the late-night shoppers did not approve of my Draconian interpretation of the law. 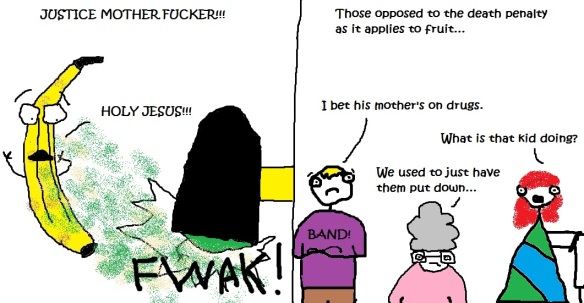 I was asked to leave.

And that was the first of many times in my life where I was proud to be escorted out of a Walmart (TM).

5 thoughts on “The Escape at the Supermarket”