With my medical exams and administrative block-checking completed, the next major obstacle was actually getting myself, Wife, Skittles and Other Cat across the Atlantic to the US.

Everything up to this point was going fairly smoothly. Wife had done a lot of research into what we needed to do to clear customs. We had the cat carriers ready. We had provisions for the long flight and we were all ready to go… until we received a call from our travel agent rearranging our flight itineraries hours before we were to depart.

I decided to strap on my metaphorical shit goggles because I knew it was about to hit the fan.

So here’s our original itinerary; Frankfurt, Germany to Atlanta, Georgia and then to Florida. 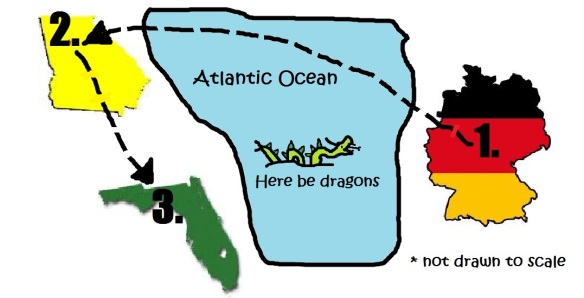 Here is the new itinerary with our new stop at JFK international airport.

Now, this wouldn’t have been so bad, but I had recently watched The Terminal and I knew there was an outside chance that we could, much like Tom Hanks’ character, be stranded at JFK indefinitely.

Wife and I had never been to JFK airport either. We had both heard rumors that it was a tangled maze of sadness and we weren’t excited about the prospect of having to clear JFK customs with our two neurotic cats.

The day of the flight, we got the cats ready and made our way to Frankfurt international airport. Immediately the plan began to unravel. Other Cat decided it was an opportune time to have a little kitty psychological meltdown. Other Cat began panicking and it was clear that she was not going to be able to fly in the cargo hold with Skittles and all the other pets without having a stroke.

We took Other Cat out of her hard carrier and bought (for the low, low price of $60) a soft carrier to put her in so we could take her with us on the plane.

Skittles looked on at this whole ordeal from her hard carrier with jealously. It became clear when the airport cargo workers showed up that Skittles was taking this whole chain of events as the ultimate betrayal. I still remember her coal-ember eyes of hate staring back at me as they wheeled her away.

We headed toward the plane and lined up in the queue for the security checkpoint. The helpful security people told me that I had to remove Other Cat from her carrier as I went through the X-ray machine. I was not happy. The exchange went something like this.

Airport Person: Sir, you must remove the cat from the carrier.

Me: They’re both X-ray machines. What the Hell does it matter?

Airport Person: If you don’t, I will have to call security.

Me: This cat is going to claw the crap out of me and/or get away. You know that, don’t you?

I removed Other Cat from her carrier and she clung to me and shook like a giant spider coming down off of heroine. 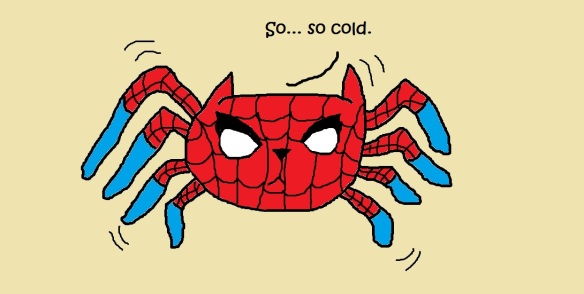 * Spider Cat will not be appearing in any forthcoming comic books until her drug problem is under control.

Everyone at the security checkpoint was looking at me and wondering what awful things I did to this cat to make her this neurotic. 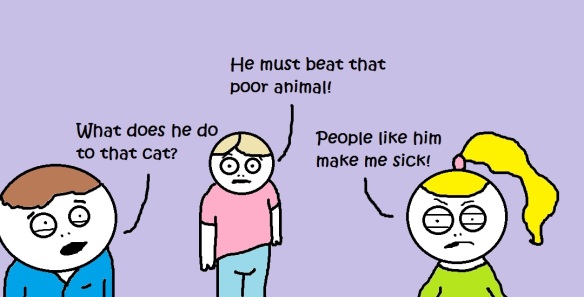 I made it through the security a little self-conscious, but no worse for wear. Wife, Other Cat and I got on the plane and I braced myself for the plane ride ahead.

At this point I think it would be nice to inform you, dear reader, that I hate flying. No, that’s not right; I f@cking despise flying. It physically hurts me.

Despite being darkly handsome and healthy, I have this condition called nasal polyps. Depending on whether or not I have a head cold, this condition can potentially take a pleasant plane ride and change it into hours of agony.

As soon as drinks were served I ordered as much whiskey as the flight attendant was allowed to give me and finished the flight in an alcohol induced coma.

We got off at JFK and we had roughly 40 minutes to make our connecting flight on the other end of the airport. We had to grab Skittles and all of our luggage from the cargo hold in order to clear customs and put the cat on the next plane. Time was tight. Wisely, we sought out an airport worker and found out where the tram was located. We were in luck; the tram was due in the next 5 minutes. We waited for 15 minutes for the tram before the tram sign informed us that the tram had broken down some time ago.

We had a vague notion of where we needed to go. Encumbered with our suitcases and carry-ons, it was time for a decision so Wife grabbed Other Cat and I grabbed all 14 pounds of Skittles and we high-tailed it outside across the bleak landscape that surrounds JFK airport to our terminal.

It wasn’t my proudest moment, but as my shoulder was beginning to give out under the girth of Skittles, I thought briefly about leaving her in the airport.

I was determined that we were all going to make it though and Skittles was not abandoned despite the protest of my muscles and joints.

We made it to the terminal in time and the customs agent asked to see Skittles. Wife took her out of the carrier and Skittles was well-behaved for the first time in her life. It was like a total transformation had taken place in past 16 hours. I fully expected Skittles to claw the customs agent’s face to ribbons in .02 seconds, but it didn’t happen. She just sat there, frozen to the spot under her little kitty bed.

The customs agent even commented on how docile and sweet Skittles was. He jokingly commented that we had given Skittles tequila to calm her down. We didn’t give her anything. Baffled, we placed Skittles back into her carrier and I began thinking about what could have possibly happened to affect such a change in her in such a short amount of time.

The only reasonable explanation was that something terrible had happened in the cargo hold of the plane on the flight from Frankfurt to JFK. I imagined that as soon as the door was shut to the cargo hold and the plane was at cruising altitude, some unspeakable horror unfurled itself from a dark corner and began ramming its proboscis into caged animals to feed on their life juices. 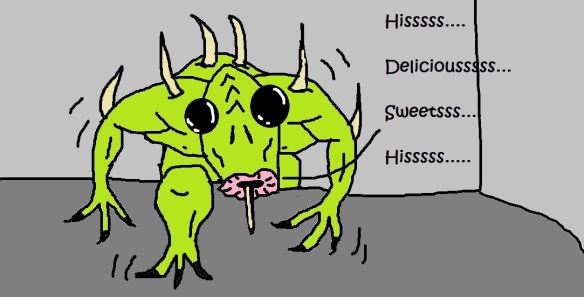 Skittles was spared only because the horrific creature had gotten its fill from that golden retriever next to her. I imagine that this close brush with death was the catalyst for dramatic personality change in my cat in such a short amount of time.

We got on the plane and the rest of the trip was fairly uneventful; discounting, of course, the bottles of booze, pain meds and parts two and three of Other Cat’s psychological meltdown.

We arrived at Wife’s parents’ house in Florida tired and burnt-out. We weren’t entirely sure how long the entire ordeal had taken. We estimated that it was somewhere between 24 to 36 hours. All I knew was that I wanted to curl up in a sock drawer and sleep for a week. This was not to be because I had just over a day before I had to go to Texas to begin my career search. Once again, things were just getting started.

P.S. Other Cat and Skittles made the transition safely and are currently doing very well.