Hi interwebs!  I know I’ve been away for a few months, but it’s been for a good reason. The book is almost done and I’ve been up to my eyeballs in editing and draft work.

Good news for you though, I desperately needed a break so I decided to put together a little something special for you. Enjoy!

People often mistake me for a thoughtful and happy person.  To the casual observer, I’ll pause over mundane items or statements and find something entertaining.  Sometimes, I’ll even chuckle quietly to no one but myself.  This is usually done with a slight head tilt, vacant smile and an upward glance, like I’m using my head as an aluminum covered TV antenna to tune in to my own very special broadcast.  What a pleasantly happy idiot, right?

The truth of the matter is little more dark.  When I’m standing there giggling like a moron, people should know that I’m a mostly functioning mental patient and I’ve found something hilarious by connecting a weird series of associations in my brain.  It’s usually so obscure and removed from what I’m looking at, that I don’t share it with other people.  Over the years, I’ve learned that I have a very strange sense of humor, usually from the reactions of those close to me.

If my brain were a person, this is what it would look like. 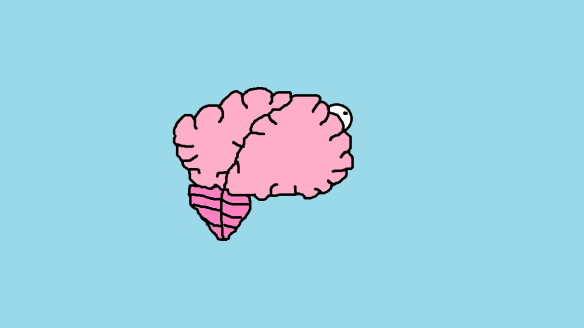 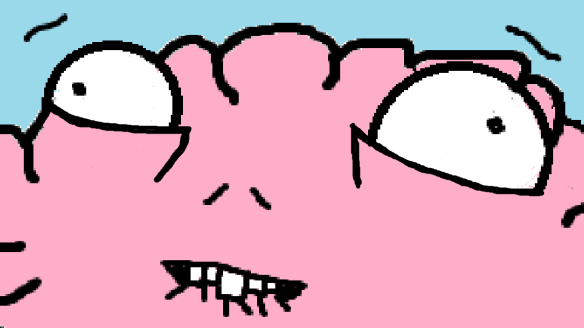 Creepy right?  If I knew how to go about drawing an anthropomorphized brain tweaking its own nipples, I would have.  Consider yourself lucky I’m not a better artist.

Normally I wouldn’t share my weird inner thoughts for fear of torch-wielding villagers, but with the power of internet anonymity, I can do that with you now!

Here’s a good first example.  I bought a blue colored sea salt scrub from Lush, an all natural and very granola bath product company.  The first time I used it, I noticed this icon on the label, proclaiming their intent to fight the practice of animal testing.

I started laughing because this is what I immediately thought of.

Before that, I was walking out of work when I noticed a TV news headline on one of the many TVs in the hospital that were always on and playing to no one in particular.  The headline read, “Ryan Seacrest Live.”

I let out a small chuckle that caught the glance of a few patients in the waiting area.  This is what I envisioned.

Not even touching, tear-jerking charity commercials are safe from my weird imagination.  I cracked up when I saw a pancreatic cancer awareness commercial narrated by Bryan Cranston. 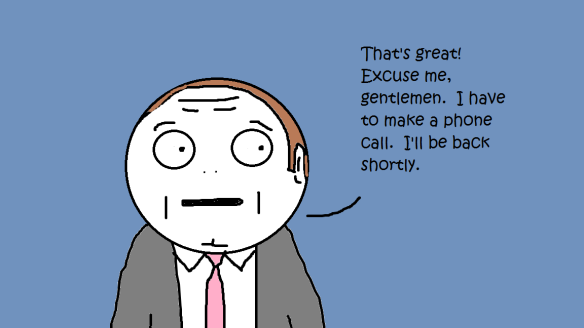 I smiled like a maniac when I saw this news story.  An 11 year old boy boarded a mega bus from Nashville and took it to Atlanta, where he was picked up by the Atlanta police when they found him wandering the streets alone.  When the story concluded, the official statement from Atlanta police was that they were not sure if they were going to release him.  I’m sure this was done because they hadn’t contacted the boy’s parent/ guardian yet an they were figuring that out, but that didn’t stop my crazy brain from going down into one of its weird rabbit holes. 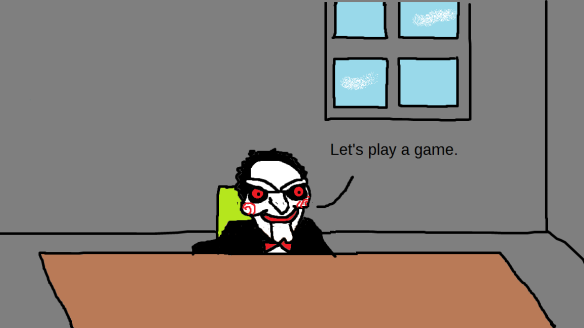 P.S. 12,000 subscribers and counting! Thanks to everyone who makes this blog what it is!

P.P.S. Again, sorry for the dry spell and thanks for your continued support and patience!