Follow these easy steps and pretty soon you’ll be thwarting spies and assembling your robot army! 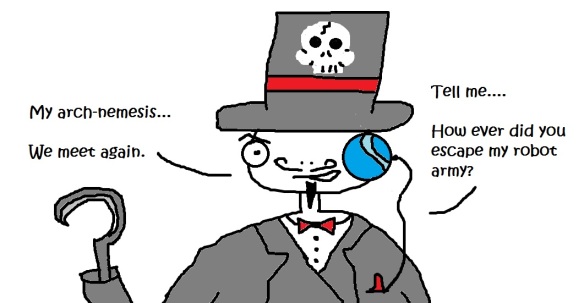 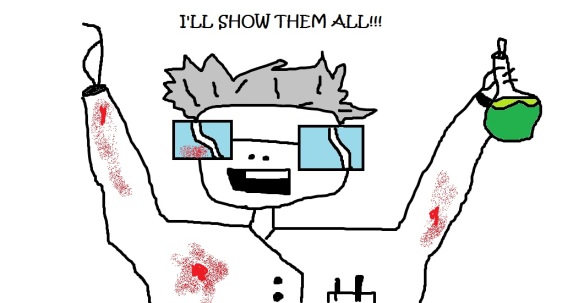 The Mad Scientist theme says a lot about you. You’re smart, capable and completely insane. You’ve got a photo-resonaictransmodulator and although you’re not quite sure what it’ll do, you know that the space-time continuum will never be the same again.

Being a super-villain takes order and discipline, which you’ve got in spades. I mean, just look at all those medals. Sure, you awarded them to yourself, but who’s going to argue with you AND your fanatical army?

Cultured, wealthy and evil. You have it all. You know where all of the silverware goes at any dinner occasion and you also know the best way to get brain matter out of your formal wear. You’re going to climb your way to the top the only way you know how; on the backs of peasants. You’re going to look damn good while doing it too.

Step 2. Chose a location for your HQ.

Center of the Earth. 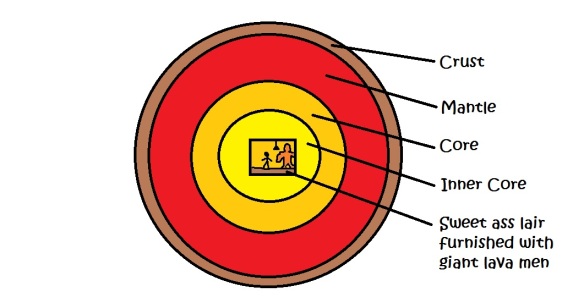 Nothing says, “I’m going to do some damage down here” like having your HQ in the Earth’s core. When you broadcast to the free nations of the world from your molten lair, you’re not only making your usual outrageous demands, you’re also stating, “look I can master this magma-filled environment. You have no hope against me or my lava creatures.” 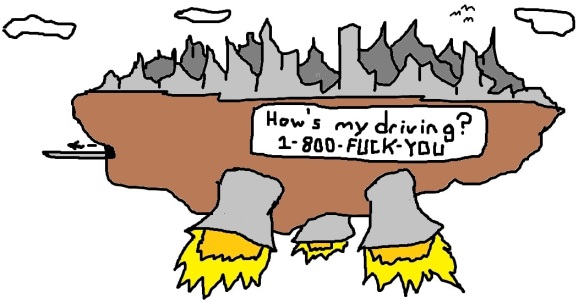 You can go anywhere and do anything (namely bomb the crap out of stuff) from your cloud city. Curb your jealously Lando. Unlike Mr. Calrissian’s little town in the sky, this cloud city doesn’t suck. Let terror fill the skies as you launch your fleet of bombers and jet-pack equipped shock-troopers with ease!

Secrecy and intrigue are your watchwords, oh great shadow-master. What better way to incite fear and confusion amongst your enemies than by broadcasting from an undisclosed location? You could be on the moon, in an abandoned military base or even in your mom’s basement.

*The last option saves a ton on overhead costs.

You really want to make sure that your minions are well taken care of. Most of their time will be spent on boring guard duty or minding some monitor in your control room. Their commitment and loyalty will be tested so it’s important that they’re properly incentivized. 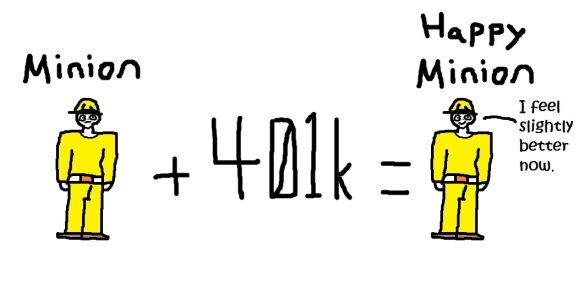 Watch out for those minion unions though… bunch of blood-suckers.

Step 4. Find something to hate.

You need to find something that most other people love and then learn to hate it. This will make sense in the next few steps. For now, let’s go with baby harp seals.

Now this doesn’t just have to be your run-of-the-mill hydrogen bomb. Get creative with this step. Try creating a biological weapon instead of a boring old bomb. Here’s a were-beaver I made for your inspiration.

Step 6. Apply Doomsday weapon to thing you hate for fun and profit!

This step is self-explanatory but it deserves an awesome picture…

Now this is your most important step. You’ll want to rehearse you’re crazy ransom speech. This will be like your signature to the rest of the free world. The last thing that will strike fear into the hearts of world leaders is you making an ass out of yourself in front of everyone. 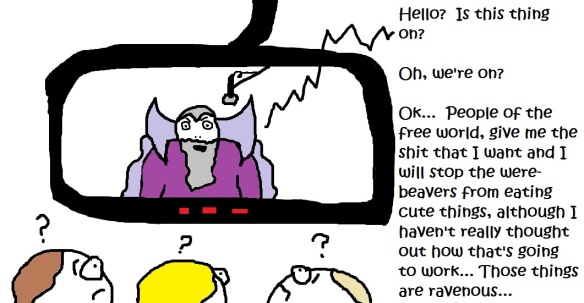 Step 8. Collect money and repeat steps 4-7 until you are killed by a drunken, misogynist British spy.

And there you have it. Now get out there and start making the world a much more awesome place.

15 thoughts on “Live, Nerd, Repeat’s guide to being a super-villain”